Having established La Mesa Workout as a facility to cater to the training of local athletes, the switch over to CrossFit, and its methodologies, further solidified CrossFit East County’s reputation as a facility of choice for clients looking to pursue excellence in their health and fitness. We have 18 years of experience in providing sound and precise fitness programs.

TRAIN ALONGSIDE THE BEST 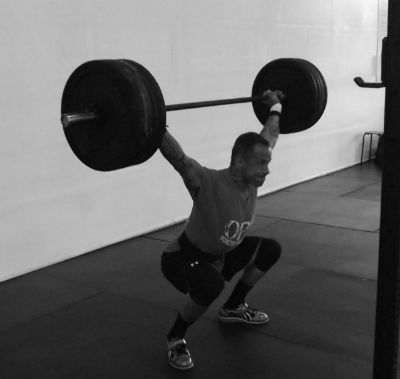 He leaves nothing to chance, ensuring his clients are reaching their CrossFit goals in the quickest, safest way possible.  With over 40,000 personal training hours under his belt, there is no doubt he can design a program for even the most challenging of fitness goals.
Paul was raised in the East County. He graduated from Granite Hills High School, where he played football, wrestled and played baseball. He continued his athletic career at Grossmont Jr. College, where he was a starter and defensive team captain at the linebacker position. He attended San Diego State and studied physical education.

Paul has so embraced CrossFit as a competitive outlet, he placed 3rd in the Masters Division at the 2010 CrossFit Games in Carson, CA.  He followed that performance up with a 16th place finish at the 2011 Games. This experience has given his coaching a new dimension. It has allowed for him to use this high-level competition as a launching pad for his clients, who have an interest in preparing for the CrossFit Games, an experienced coach to rely on for their programming, nutrition and motivational needs. This experience is also readily available to clients of all fitness levels.

His interests include family time with his wife Tina, his children, McKenna, Sydney, Trevor, Sami, Amber and his dog Rosie, playing guitar, bike riding, golf, surfing and an occasional triathlon. Paul’s true passion is instructing, educating and inspiring people to never accept anything but the best that life has in store. 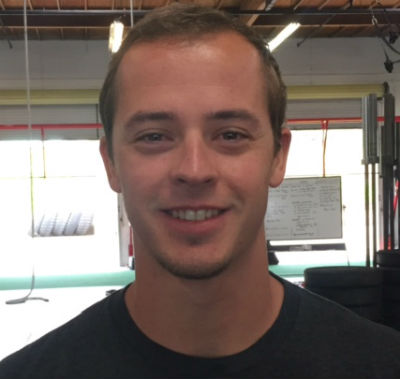 Tyler has been practicing CrossFit since he was 16 years old.  He has a vast athletic background and has competed in multiple CrossFit Games Regional competitions. He has a low-key delivery to his coaching style that has great depth and knowledge, but not at all intimidating. Tyler’s classes are always almost full. 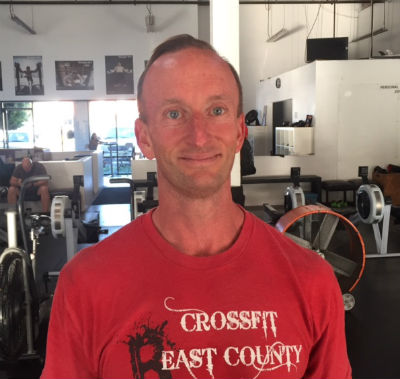 There are very few who have as deep a knowledge base as coach Terry. Terry has spent 23 years coaching youth gymnastics at all levels.  His knowledge and passion for coaching comes through in our Kid’s Classes, as many of those kids are now making a huge mark in the adult group classes now. Terry has been with CrossFit East County for 5 years and has been a valuable asset to the organization. You’ll find Terry performing in the top tier of the athletes at CrossFit East County. 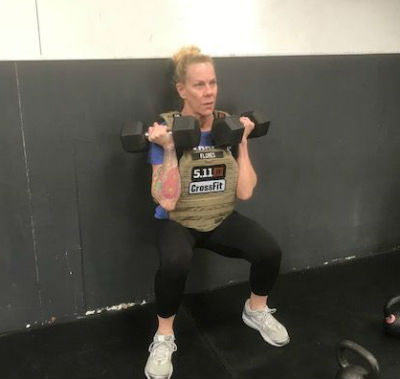 Tina is a co-founder of CrossFit East County. Her vibrant, outgoing personality sets the tone for our member’s positive experience at our gym.  With a life long athletic background, swimming, dance, Tina exudes fitness both in attitude and physique. 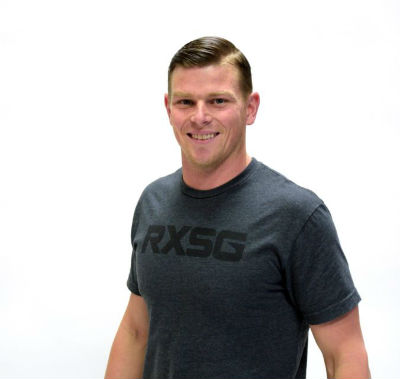 I have been an athlete all my life starting at the young age of 4 with football, gymnastics, wrestling and baseball. After graduating high school and years of competitive sports I decided to join the U.S. Navy as a Search and Rescue Swimmer. While attending Rescue Swimmer school I discovered CrossFit and used it to propel my training to the next level. While at Rescue Swimmer School I went on to set many swimming and running records and was selected as Honor Man of my graduating class. Soon after I moved to San Diego, Ca, I joined the CFEC family and obtained my Level 1 cert, while continuing to advance in my naval career. I was selected as Aircrewman of the year in 2013 for my athletic and academic accomplishments.

After serving six years as a Naval Rescue Swimmer I was Honorably discharged from the Navy and took on the role of Operations Manager and Lead Trainer at Rx Smart Gear. I have been a member of CFEC since 2009 and competed on CFEC’s regional team 4x times. I started coaching for CFEC in 2016.

Not Sure Where to Start?

Picking the right program can be overwhelming. Let us help you!